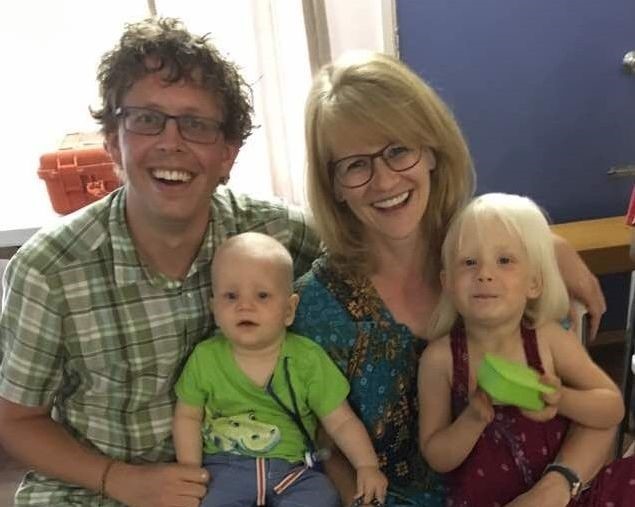 Life in general seems to be a lot slower than what Christopher and Lilli are used to. People do not walk as fast and it seems that they are never in a hurry. They have learned that it might give the impression someone is angry when they rush. Nevertheless, the people are hard workers. They work long hours in their gardens, despite the heat. It is dry season now, so some of the people who do not have a well are really short of water and have to get it from town.

It will take Christopher, Lilli, and family some time to get used to different things. One of their teachers who was raised in PNG as an MK (missionary kid) and has been a missionary himself for about 15 years; told them recently that there are still some things which he hasn’t got used to. Road safety would probably be one of them. They hope they will never get involved in an accident.

Something else that is very new to them is that not only your own parents are referred to as mum and dad, but also your mum’s sisters and their husbands, as well as your dad’s brothers and their wives. In addition, the people refer to them as such. It can get quite confusing when they talk about all their mums and dads. In case you would like another daughter because you only have one but really want two, you can just go and ask your brother or sister if you can have one of their girls. If they say yes, you just take the girl home and the adoption was successful. Sometimes it feels a little bit like they are living in another world now.

Despite all the changes, Christopher and Lilli are doing well. The children enjoy having so much space on the mission centre and love playing outside. They have somewhat got used to the heat and even the language does not sound so unfamiliar anymore. They have already learned to process and cook some food the same way as the nationals.

Recently Christopher and another man who is in training with them were able to help a neighbour with housebuilding. He also got to work in a garden with a language helper.

Lilli, together with the other ladies from her class, went fishing – which was quite an experience. She plans to have another go – night fishing. They were also shown how to smoke fish.