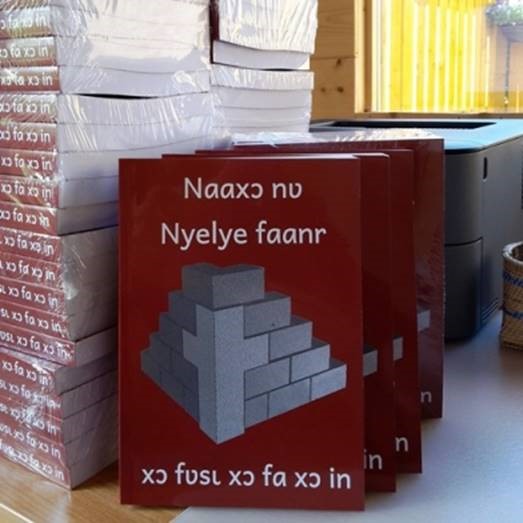 Recently Paul and Marina Briggs received their first consignment of books in the Loron language.

Normally they print booklets and binders of teaching materials on their own printers and photocopiers, but they thought it would be useful to have all the basic evangelism lessons together in one professionally produced book.

Cocoa originated in central America, but Ivory Coast in West Africa is the largest producer of cocoa beans, growing around 40% of the world’s total. Yet, ironically, very few Ivorians, especially in the north of the country, have ever tasted chocolate.

Many hundreds of Loron people work on cocoa plantations in southern Ivory Coast, and some even have their own cocoa orchards, but most have never experienced the delight of eating a chocolate bar.

Each book has just over 300 pages of chronological Bible teaching and the content was written and developed primarily for Loron people who live on coffee and cocoa plantations in southern Ivory Coast, and also other places, who have little or no possibility of receiving Bible teaching in their own language.

They have already distributed audio recordings of Loron Scripture and Bible teaching to many of these folks, but they believe it is essential to provide printed copies of Scripture and teaching materials that they develop.

Please pray that the Lord will use this new resource to help widely-scattered groups of Loron people to come to an understanding of their need of the Saviour. In addition, that through reading or listening to Scripture and Bible teaching in their own language, God will draw Loron people to Himself and that many will taste and see that the Lord is good.