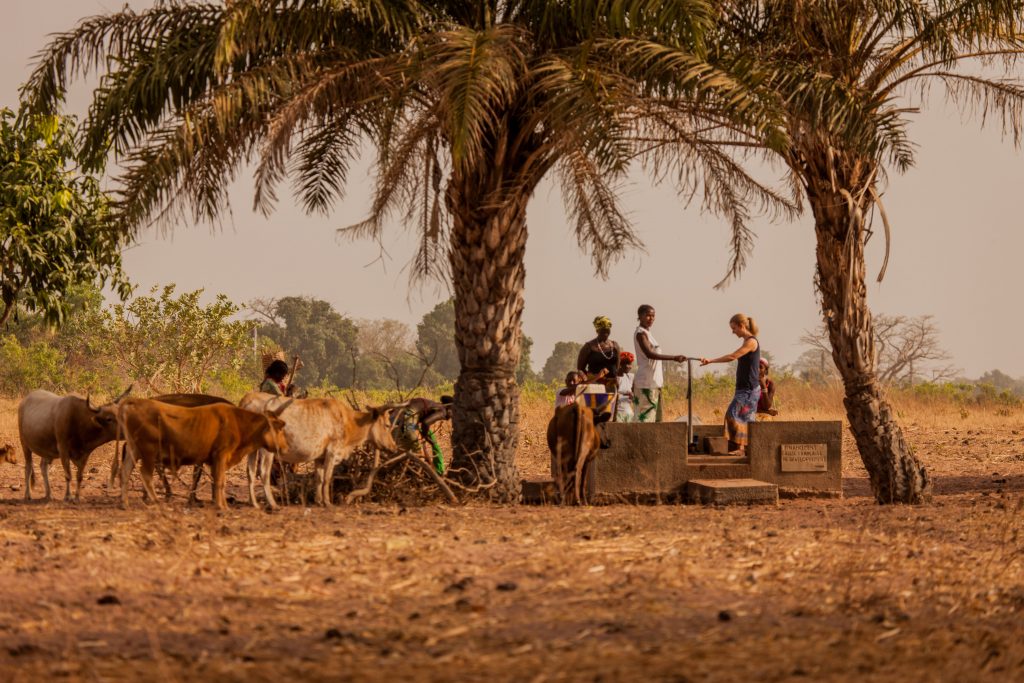 Between Christmas and New Year Sascha and Damaris Kroeker with Johanna, Elisabeth and Jonathan were privileged to spend a couple of nights with one of the church planting teams in a rural Senegalese village. Meeting some of the believers there and visiting with their colleagues was an encouragement for them as support workers as well as for their children and the two visitors from Germany that travelled with them. They also stayed at the mission guesthouse in another area. They really enjoyed the time away from the busy city life.

Since their return from home assignment in August, the children have found their place in the French school system and overall they are doing well. Pray for Jonathan as he finds it hard at times to juggle with the various languages that are thrown at him – German at home, French at school and English among co-workers’ children.

Damaris truly enjoys her new ministry in the language centre. She coaches new missionaries in the early phases of their French study using the same method that they will need to acquire an unwritten language in the village. She was sad to see her first ‘batch’ of students leave. She is preparing for her next class, which will start the beginning of February.

Sascha is still growing into his new responsibilities. However, ‘filling in gaps’ in ministries presently takes up 80% of his time. While he finds this fulfilling, he would truly appreciate your prayers for a good balance between the various ministries that he is involved with until more personnel join the field.

Sascha and Damaris appreciate the part you are having in God’s work by your prayers.