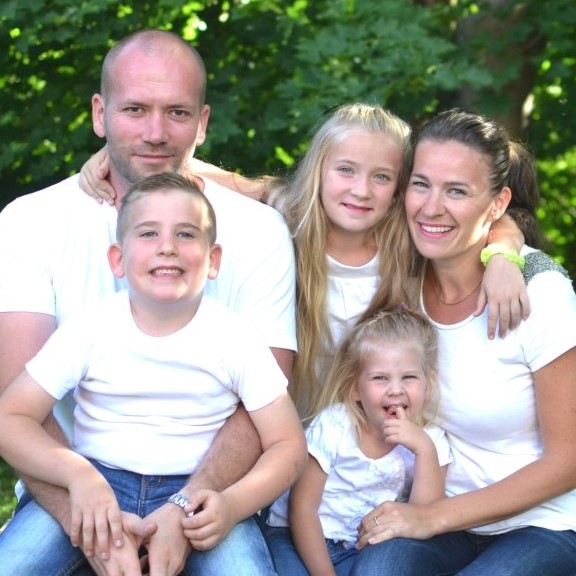 Life here has been going non-stop for Erwin and Rita Penner with Hanna, Ben and Lia since they returned to Paraguay after a time of home assignment in Germany.

They look back with thankfulness at the three months, where they were able to see their families, relatives, friends and church, refresh relationships and be recharged.

Back in Paraguay, Rita is continuing her language and culture studies, while Erwin is helping out with various tasks for the mission. Sometimes mowing the lawn, doing repairs, making purchases, taking people to the airport, bus station or hospital. Spending a lot of time with their children is also a part of his daily life in order to give Rita time for language study.

It is important to have the mission headquarters in the capital; otherwise, there would be no work with the respective tribal groups in the country. As members of the “Asunción Team”, they get a glimpse of how diverse the work is and how much time and energy are needed in the capital to keep the work going.

At church, they continue with the ministries they had before, Rita in Sunday school and Erwin with music and football. Pray for the church as it is facing some difficult issues at this time.

The kids are doing fine, waiting for their long summer holidays (early December to mid-February), which they are already looking forward to and are already preparing with a swimming class, as they then have the opportunity to apply it in a pool during the annual NTM conference. In the next few weeks, Hanna has to take a few exams at school before she finishes the first academic year; Ben’s kindergarten year ends next week! From February on, he will attend the compulsory pre-school. Minor illnesses have affected them as a family lately, but thank the Lord nothing serious and never all at once.

Erwin and Rita desire to make the church, and the local believers in general, more aware of missionary work in their own country. They do not know yet, how exactly they want to do that, but they wanted to pass it on as a prayer request.

In addition, a men’s Bible study is on their “wish list”. The women are already having a Bible study and it would be a blessing to offer that for the men too. However, it is hard to find a suitable evening and men who agree to attend regularly. The goal is not that Erwin or other missionaries teach, but rather that they learn together from each other by going through different books and studying them.

Thank you for your prayers!