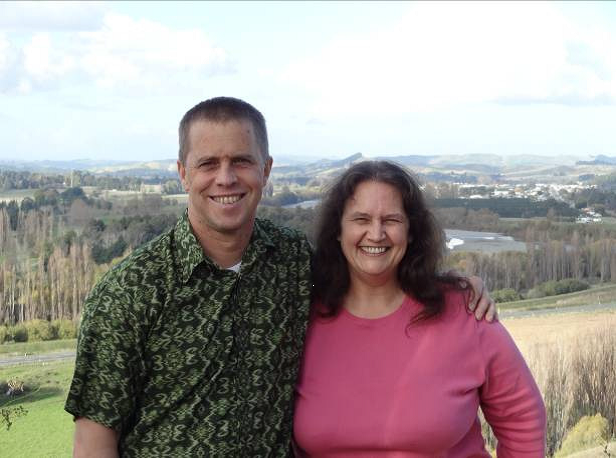 It has been good to spend time with David’s family after so long away. They are grateful for the kindness of his brother and his wife who have allowed them to stay with them and use their home as a base. They’ve had fun getting to know their niece’s children.
Pray for David’s parents as they grow older.
Although many people in different parts of New Zealand have faithfully prayed for David and Chris they haven’t had a home church in New Zealand. Now they are able to become involved with a local church that have been very welcoming. Chris has been attending a weekly ladies meeting and both of them have been attending a weekly home group. It has been good to have some consistency in what can be an unsettled time. Unbeknown to them, the first Sunday they attended was the first day of a month long focus on missions! As a church they had been praying for some time asking the Lord how they could become more involved in missions on a practical level – can you imagine their thoughts when God brought two real live missionaries into their midst on the very first day! David and Chris have really appreciated their care for them and their willingness to learn about some of the realities and challenges facing those who work in overseas missions.
David and Chris have been able to share at a few meetings in other areas and have been really encouraged in each place. They are greatly blessed to meet those who have faithfully prayed for and supported them while they’ve been in Asia-Pacific.
Pray that they will be able to share clearly and that the Lord will be glorified.
They have continued to make enquiries regarding their residency options in either New Zealand
or England and at this stage feel that God would have them return to Asia-Pacific for another four
year term as long as the door stays open. They plan to visit England at the end of the year for
the second part of their home assignment. Pray that the Lord will guide them and give them
favour as they apply for a visitor’s visa for David to visit the UK.
Continue to pray for David and Chris’ colleagues at Bethesda hospital in Asia -Pacific. Pray that they will earnestly seek to know Christ more and to share him with those they work with and serve amongst. Pray especially for the man who works in the mission office at the hospital. His younger brother passed away a couple of weeks ago leaving a wife and young family. This adds many social obligations to his already busy schedule.
Pray for him and his wife as they seek to comfort and care for the widow and children and that they will know the Lord’s abundance at this time, emotionally, physically and spiritually.
Continue to pray for the man who David and Chris spent a lot of time caring for in the hospital. His wound continues to heal well. Also pray that he will continue to grow in His walk with the Lord and be an encouragement to those around him in the hospital.