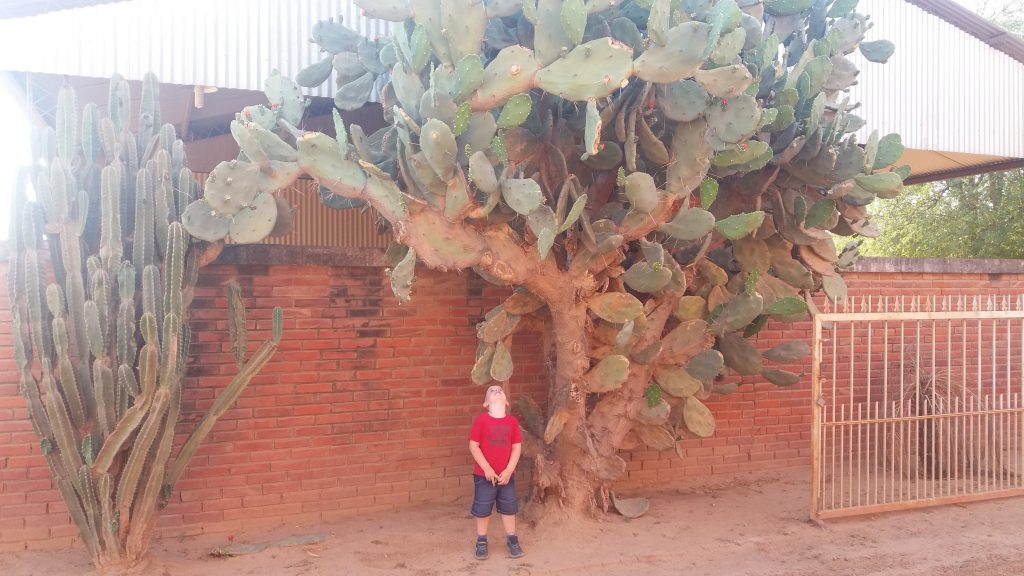 In September, when the Penner family came back from a two-weeks trip to the interior, it felt coming like “home”. However, times of homesickness, missing their family and friends and all that was so familiar, is still coming and going. One of Erwin’s sisters married in September they missed them dearly, but thanks to Skype they could follow some of the wedding live. Thanks to the modern media, they’re able to stay in contact very easily on a daily basis. Also they have found some German-speaking friends and there are shops that sell some German products. However, their goal is not to find as much “German” as possible, but rather to embrace the new culture with all its aspects. And for this reason, they made a trip to visit tribal missionaries to get to know a different side of the country.

This visit was very special, because it was their first experience of seeing tribal missionary work first hand. They heard a lot in their training, saw a lot of pictures and videos about it, but this was an opportunity to see it for themselves. They really loved it there. It seems to be a totally different world from the capital.
Erwin and Rita’s host family sold them one of their cars. It’s a rather small car for a family of five, but perfect for the city as the traffic is crazy; they would really value your prayers in this regard.
Erwin and Rita recently had their second language and culture evaluation and are encouraged by the progress (Rita is in progressing-low, Erwin in progressing-mid; they need to be capable-mid in order to move on to a tribal ministry). December and January are summer holidays in Paraguay so their routine will be affected by it as well. Pray that they’ll still find time to study as well as focus on the children while they are not in their kindergartens.

One aspect that is a little bit harder when starting all over in a new culture is building relationships. In order to have deep friendships you have to be able to have deep conversations, but that’s not really possibly for Erwin and Rita due to their lack of vocabulary. But they thank the Lord that they have people around them who spend time with Erwin and Rita. There are two families that they have closer contact with. They are really friendly and helpful in showing Erwin and Rita how to speak and act correctly. They are also interested in spending time with them reading the Bible so Erwin and Rita hope to start this soon.

Since they have the car, Erwin has joined the worship team in the local church they attend. Before that, he didn’t want to ride the bus with his guitar. Through this he gets to know people better and is also learning musical terms in Spanish and getting used to the new songs.