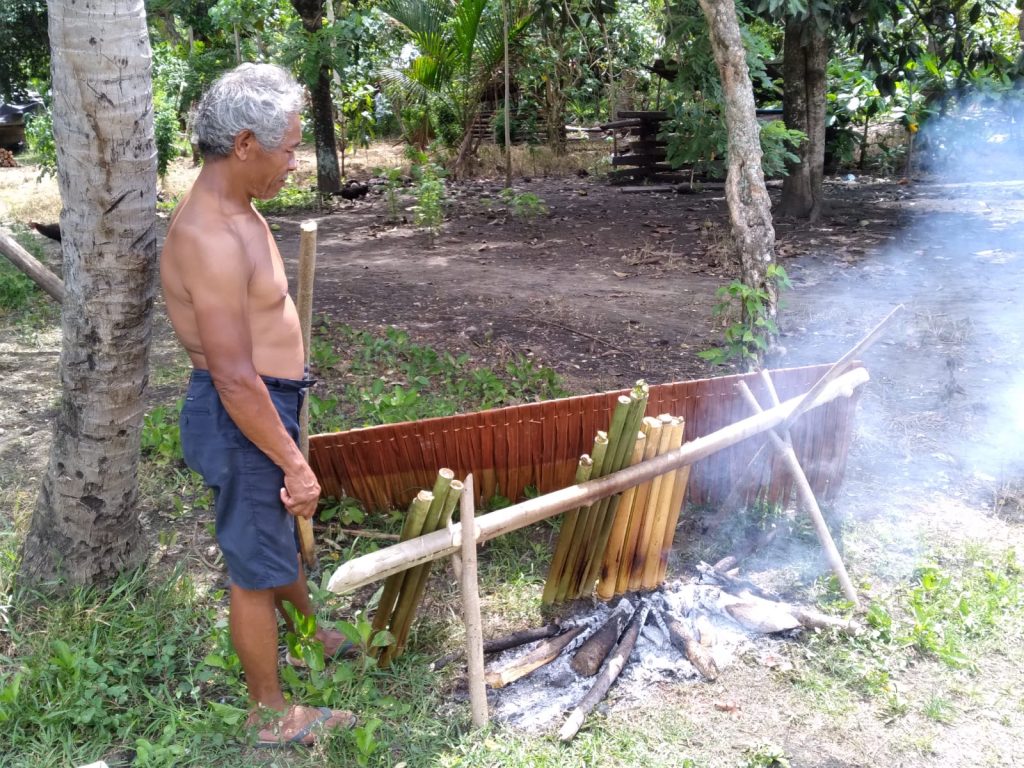 Over the last few weeks, Andrew and Joanna who are currently in full-time trade language and culture study in Asia-Pacific and helping in the dorm ministry as time allows, have been kept busy with the continuous arrival and departure of western friends who serve God in different roles and ministries (mostly) in Asia.

It started with a senior missionary who has worked amongst the Wana people group for over 40 years. He, his son, and daughter-in-law stayed in their little guest apartment on and off for about a month. They enjoyed time with them. All the teenagers that stay in the dorm come from the Wana people group, so it was great for Andrew and Joanna to meet someone who could help them to understand some of the cultural differences in this tribal group and the way it affects their outlook on life and spiritual matters.

Andrew was able to join the team for a conference in one of the Wana villages. The four-day conference was planned for the locals. There were churches from four different areas represented with 200+ people attending. This trip was special for Andrew as he travelled by helicopter alongside some of the senior western missionaries that founded the work back in late 1970’s. Andrew was able to glean a lot more about shame-culture of the Wana and he was able to connect with some of the boys’ parents from the dorm in town.

The thing that touched Andrew the most was that these Wana believers have been doing chronological teaching in a new area since last year. There is a ‘church’ there, but its attendees do not really understand the Gospel. Several of them attended the conference so the hosting elders made sure the Gospel was preached very clearly every night during the conference.

The kids and parents have asked Andrew if he could start learning the Wana language. Please pray that the Bible teaching and the fellowship received during the conference will continue to encourage the elders of the four different churches. Pray for the outreach to the new area that it will continue to grow and flourish for Jesus’ glory and God’s Kingdom.

Joanna’s German friend, who now serves as home schooling co-ordinator in Southeast Asia, stayed with them for a week. She was able to help other families with questions they had, and they personally benefited from her experience in choosing home schooling material for their own kids. Pray for wisdom as they venture into a new chapter of home schooling, maybe by the end of the year.

Travelling still has some extra challenges; Andrew and Joanna are planning a trip to another island to get a passport renewed and some more immunisations for the children. They plan to meet Joanna’s parents there and they will then travel back to where they serve and spend another two weeks with them before they return to Germany.

After a lot of contact with English-speaking people Andrew and Joanna have tried to go back to some meet-ups with local people. Joanna has been thankful for some of the contacts from school and Sunday school. Playdates have been fun for the kids and it´s good for Joanna to get to know the mums a little better.

Please pray for good health again after a few weeks of little strength.