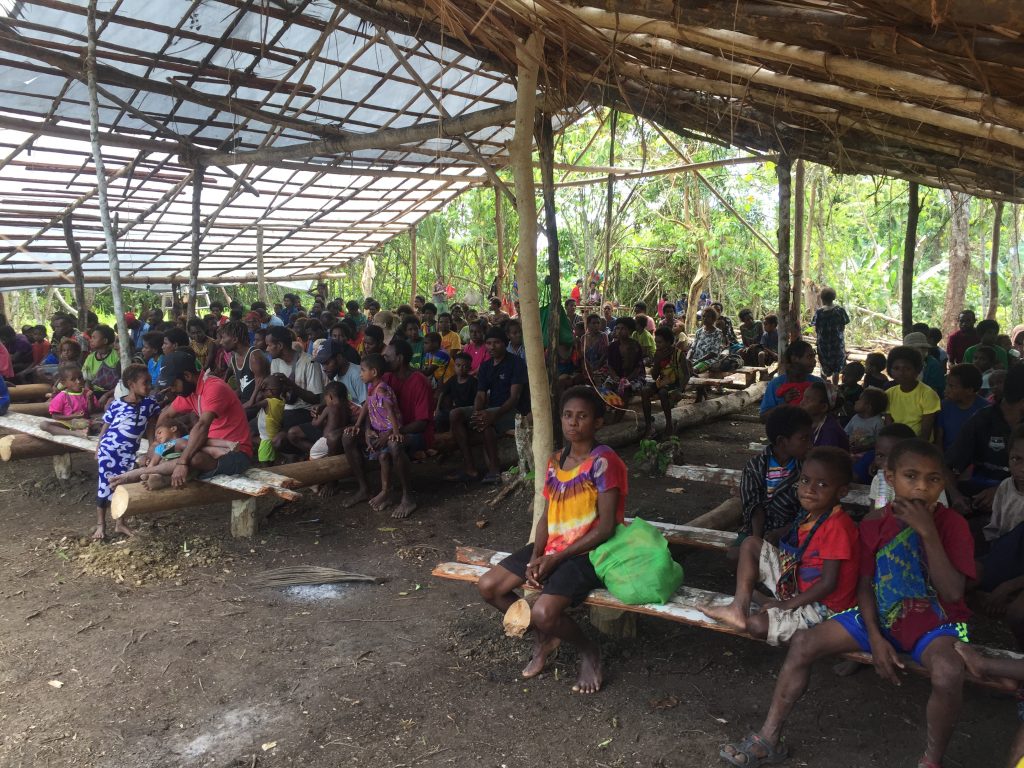 Christopher and Lilli Meyer with Linda and Silas, serve among the Kaje people of Papua New Guinea. In their last update, they wrote about many people talking about being baptised and now, a few months later, they have already had four baptism days with 170 people baptised. All four of those days were AMAZING! It was so very special for them to be there. It may well be that there will be more baptisms once their co-workers, the Myers, return to the village.

The believer that was injured in an altercation and needed to be taken to hospital is doing well. The Lord showed them that He is still very much able to perform HUGE miracles. When they think back to the look of his arm before they had bandaged him up, that is truly incredible that he can use his arm and fingers! All his other wounds – some of them, deep – have healed just fine, too. He cannot put full weight on his arm, and it is going to take a while for him to heal completely so that he can do the usual physical work again.

Now the people have heard God’s talk, they are beginning to realise that things do not line up. A lot of them know that what they have believed and practised for so long is not true. They know they have been tricked, because their ancestors were also tricked and did not know any better. They did not know the truth. Even though many people realise this error, it is probably going to take a good number of years to replace all those old traditions and beliefs with a biblical worldview. However, it is very encouraging that some people are eager to learn more about God’s kingdom, which is not centred on fear, but Jesus who defeated sin, death and Satan. What a difference! Pray for them.

The ‘church building’ was destroyed by heavy rain and had to be rebuilt (see photo).

Christopher and Lilli have been by themselves in Kaje. Their co-workers Jon and Jen Myers left for the USA in March and have just returned to PNG. Taylor and Abby Goheen left for their overdue home assignment in August and plan to stay for a whole year. Pray that they have a good and refreshing time with family and friends.

Christopher and Lilli have missed them, but they are not alone. They have wonderful Kaje friends who do an amazing job at looking after them! At times, they have felt pretty tired and exhausted but overall, they are doing well.