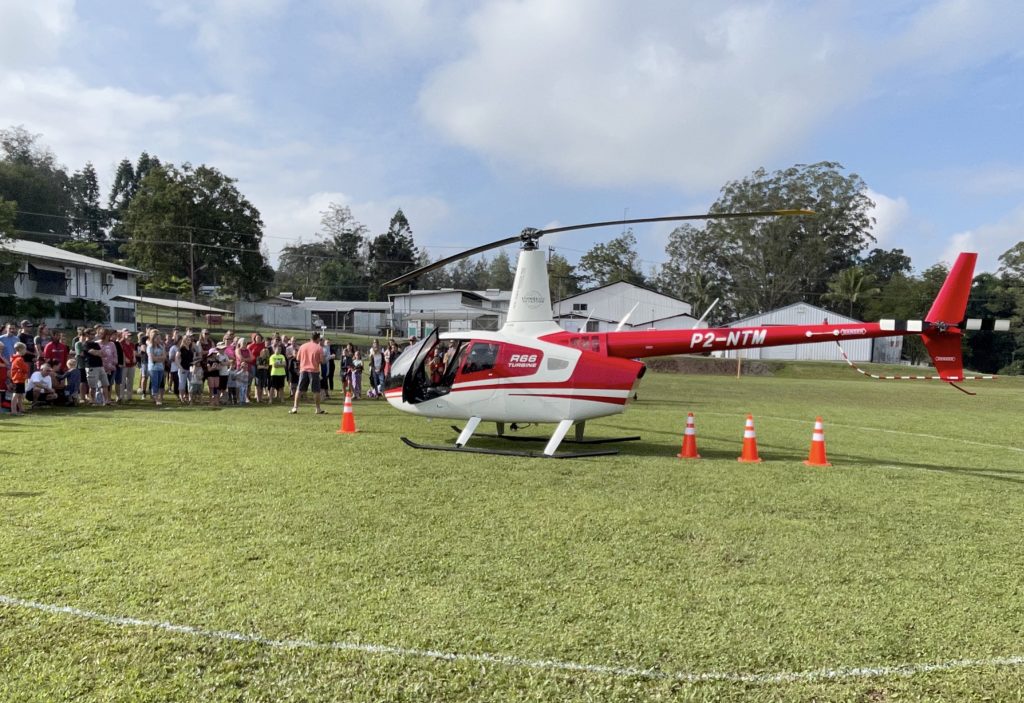 Praise the Lord, the first of three new R66 helicopters arrived in PNG in December. After transporting it by truck to the mission hangar in Goroka, the aviation mechanics were able to assemble and inspect the helicopter, paving the way for an aircraft inspection and programme audit by CASA, the Civil Aviation Safety Authority of Papua New Guinea. Just last week CASA issued the aircraft a certificate of airworthiness and provided the final approval for the mission to begin R66 operations in PNG. Thanks go to Ethnos360 Aviation in both the USA and the team on the ground in PNG for the months of extra work preparing the R66 for flight.

As a New Tribes Mission PNG team, they were able to commission the helicopter for service through a time of prayer on Friday, April 15th. Ethnos360 Aviation’s international chief helicopter pilot, Brian Pruett, will spend two weeks in PNG to help the first R66 pilot, Josh Verdonck, set up the new helicopter programme. Praise the Lord for His provision of a second pilot arriving in August, and a second helicopter at the beginning of next year.

Eventually, they hope to have a third R66 and additional pilots and mechanics to supply the growing need for missionaries in locations only accessible by helicopter. Please pray for the PNG aviation department as they make this transition, for the needed funding for a third helicopter, and for more pilots and mechanics.