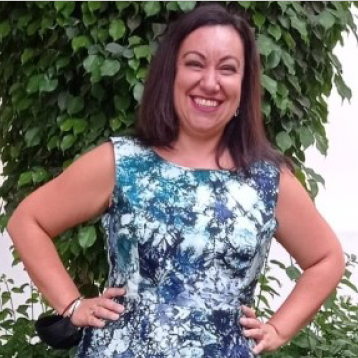 Almost three weeks have gone since Anna Ciociola returned to Dakar, Senegal and she has readjusted well.

Anna had forgotten the strong cooking smells, sometimes mixed with smell of the vehicle gas, the smell of dirty water and pipes that do not function properly…but above all, she had forgotten how helpless she feels when she is in front of children begging on the streets. It is difficult for her to communicate with them, as they do not speak French. Pray for the physical and spiritual poverty.

Only a few days before Anna returned to Senegal, the two missionary ladies that she was going to live with, tested positive to Covid so she had to stay at the mission guesthouse and join them a week later. The house is a ten-minute walk from the mission house and offices where she works every day.

Anna is part of the support team who works in the capital to assist the needs of the missionaries in the villages. Support work include different jobs for instance buying groceries every one to two months, managing income  and expenses, sending money, renewing visas, insuring vehicles, handling mail and much more… French classes take place at the office and also a Bible school/discipleship type programme for the local people with the purpose of giving them a missionary vision so that they are able and equipped to continue God’s work.

Anna’s next step will be to continue to study French language, which is the national language in Dakar, for a few hours once a week while working as accountant for about 60 missionaries (families and singles) who are working in West Africa. She was able to learn French during her previous ten-month stay in Dakar, reached the MID-Capable level, and with just a couple more months she should would be able to reach the next step, HIGH-Capable level.

Wisdom regarding which church to attend to enable her to serve and build relationships.

Protection from ringworm or other similar infections.

God to have mercy as Covid cases are increasing.

A local friend who might become a point of reference for Anna to continue to learn about the culture.

Relationships built with friends who do not know the Lord and Saviour, for good dialogues and open hearts and minds.