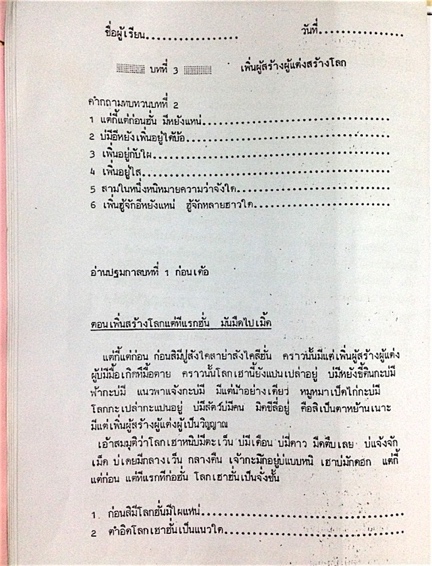 The longest reigning monarch died in Thailand and the people will not forget. It seems like every three to four days a new song is being composed about this beloved King. Thousands of people are going to show their last respects daily.

It has re-enforced in Dorothy’s mind the need to get scripture into song.

Dorothy has found a studio and someone to record nine songs. She really hopes this guy can perform what he says he can do.

Another missionary team got the sound track and is excited about getting that going. They will have people from their own area sing the songs with the word and font changes added.

Dorothy hopes to do some prison visitation next month. Last year they said that the Christians could only meet once a month and there has been a pastor that has gone in once a month while she was gone. Pray with Dorothy that the Lord will give the opportunity for the Christians inside the prison to be able to meet twice a month.