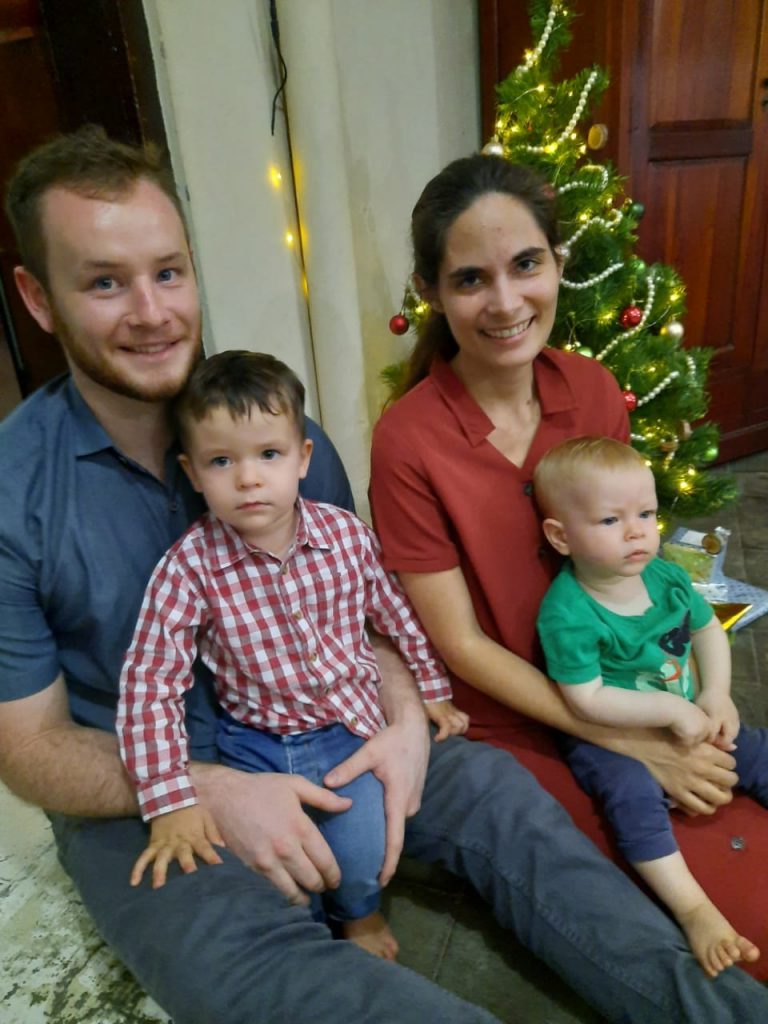 Ben was hoping to make a trip to another region of Asia-Pacific but it was cancelled. Now they plan to visit the national missionary training centre as a family. This is something that the leadership encouraged Ben and Tabea to do a few months ago if the opportunity arose. Pray that they would be able to visit at the beginning of March and get to know some of the students there, as they could be future co-workers.

They are finding it hard to find a way to serve in the church, but recently they heard that the Sunday school teachers were struggling to find good material for teaching the kids. Not long after, Tabea discovered another missionary has been putting together a kids’ version of Firm Foundations (the chronological Bible teaching that NTM uses) in the national language. So Tabea was able to get hold of a digital copy of it and after offering it to the church, she set to work printing it all and laminating the pictures.

Pray for Tabea to have good health during her pregnancy.

After the new missionaries arrived to the field last month Ben and Tabea were asked to find new language helpers because the helpers that they have had up until now are able to speak English fairly well, which is important for beginners. Ben was able to find a student from the local university from the area they have an interest in, so they can start to find out more information about the culture and dialect there even before moving. They are thankful for their new language helpers.

Ben and Tabea are thankful that they are now in stage 3 of language learning. It is nice for them to be getting real stories from the language helpers, and that makes it interesting. The thing that is not so nice is that it is hard for them to see progress. Please pray for continued motivation in language learning.