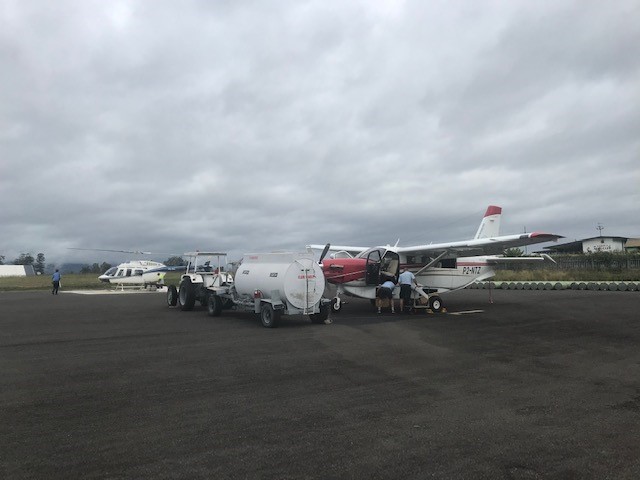 Koen and Anne-Laure Verdonck would like to thank you for your faithfulness in praying for them. What a blessing. Thank you for being a part of their team.

There is so much happening in Papua New Guinea.

If the Lord wills, three new people groups are going to hear the Gospel this year. They are so thankful for your help in this through prayer.

In November, a team did a survey among a new language group to see if new missionaries would be able to plant their roots there to share the Gospel in the future.

Another village in a people group that already has an established church has asked for the Gospel teaching. This is very good news as they did not want to hear before.

A new school has opened up on the Madang Centre for Papua kids. The kids and teachers are excited.

Last year four people groups heard the gospel for the first time. In addition, the Christians in many tribal groups are taking responsibility to teach unbelievers themselves.

Sixty-five people (new and returnees) arrived in PNG in January. Koen and Anne-Laure went together to Port Moresby, the capital city to help them onto their next flight to Goroka. They hope to go again to welcome and assist forty people planning to arrive in February.

Major maintenance on the helicopter was necessary including replacing major engine parts, repainting the landing gear and making repairs on the floor of the cabin.

The CASA inspection went well. NTM Aviation in PNG was granted their certificates for the next three years. Thank you for praying. Some things that were pointed out need attention, following up or completing.

One of the returning pilots is working hard on his re-orientation and should soon be ready to be checked out for flying again in PNG.

A recent medical flight from the islands to the capital was a very intense case and the situation looked grim but the patient made a good recovery. Koen and Anne-Laure were able to do a ‘Crisis Incident Debrief’ with this couple. Such a debrief helps people to unpack a tense situation in their life and offers tools to help with emotional healing. They have had a few of those debriefs recently due to people travelling in these hard Covid times; because of the stress they experience with so many unknowns and changes after having said their goodbyes and looking at thirty plus hours of travelling.

Pray for Koen and Anne-Laure as they minister in PNG.