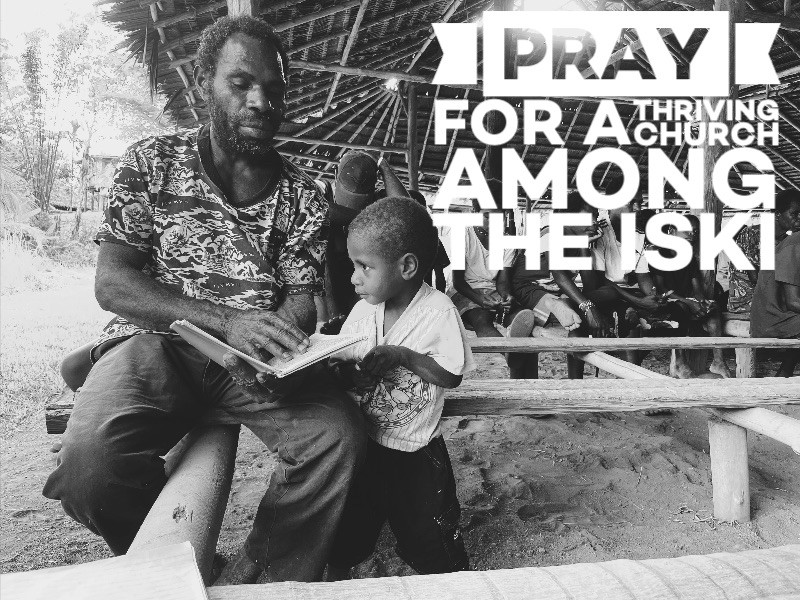 After nearly 15 months away from the Iski church, Jason, Nisae, Kadynn, Judah and Eden Williamson were finally able to go in and re-connect with their good friends in the village. They spent many long hours sitting around both sharing the victories over this last year as well as the challenges and God’s faithfulness in the midst of all of it. They were able to be a listening ear to couples who needed advice in their marriages, and to Bible teachers who needed encouragement after long months of being on their own and were feeling discouraged in certain areas. They were able to help assist the Bible teachers navigate through some of the tough questions and concerns they had. It was also a joy for them to see the Bible teachers faithfully carrying the work of teaching the churches. Currently the Bible teachers are finishing Romans 1-5 in the village and outreach church. Co-worker André Tousch helped to teach/train the Bible teachers through Romans 1-5. They really seem to have a good grasp of those truths and are able teachers.

Jason was able to jump back into a little translation work while he was in the village, recording 2 Timothy and 1 Peter.

After 15 months of being gone, their house needed some work. Many of their friends offered to help sweep out the never-ending piles of dust. Flying termites have done some major damage. All their flooring and shelving has become infested with them and they had to rip out many of the worst parts, including half of the shelves in the pantry!

A highlight from their time in the village was being able to hand out the Iski Scripture portion books that they brought in. As Jason and André unpacked the boxes and handed the first copies out to the Bible teachers, they could not help but smile and giggle (like little kids) as they fingered through the crisp clean pages of God’s Word in their language. A couple of the teachers (who had a big part in the translation process) said to them, “Jason and André, thank you for being faithful and coming here to work among us. Now as we are standing here holding this book, we see the fruit of all your years of hard labour.” They were able to tell them that it was a team effort and without their help there was no way this could ever be done. The Iski church also wants to pass on their thanks to those who gave to the project.

As the team look to the future and how to meet the needs of the church, one of the biggest challenges they face is that people in the village continue to leave and move back to their old villages (some about 6-7 hours away). Praise God they are not leaving because of lack of interest. They are leaving because of practical reasons. For example, there are no primary schools, so school aged kids have to stay with unbelieving relatives in villages with schools. To many of the believing parents this has been a burden and they have decided to move down with their kids to disciple and care for them. Now, only six to seven families that have ties to the village have stayed. Thankfully, since the outreach in 2019, there is now another church plant near where most people have moved. However, while the Bible teachers are doing a great job carrying the work of teaching and leading meetings, how to care for the flock and be intentional about discipling them has been harder for them and they are asking the missionaries to help. As a team, they need divine wisdom in how to meet the changing needs of the churches in Iski.