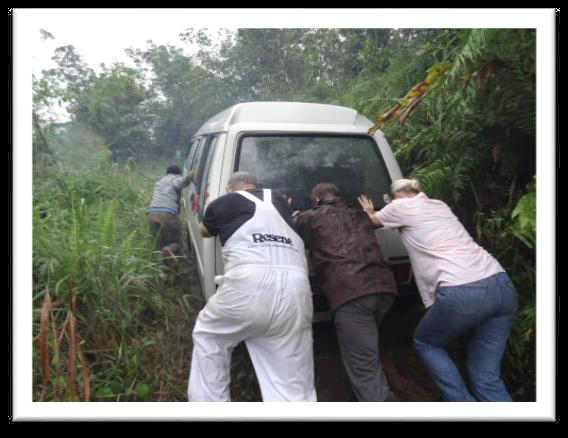 A visiting Canadian opthalmist joined the hospital’s very able opthalmist to help with the examinations. The team examined approx. 180 patients and David was involved with praying for many of them. Please pray for the Holy Spirit to work in the hearts of those who came, that they will have a clear revelation of the Gospel and what it really means to walk with and serve the Lord.
In the middle of August Chris headed back to the UK to attend the orientation course for her Masters level study. It was a really packed week with a lot of new concepts and methods of study to learn. She was very pleased to learn that there are a total of five other students from SE Asia in her intake and two of those are from the same region so can understand the situation she is working in. Chris was away for a total of six weeks and was grateful for the time to catch up with a few people and family even though reading seemed to dominate her time in the UK! She’s pleased to have finished the first module which was very scientific and now has moved onto the second module. Pray for wisdom for Chris as she balances study and work.
At the end of October two short term workers from New Zealand helped at the hospital for a month. They worked incredibly hard building on the already extensive work that had been done to make the donated goods warehouse a more functional place.
Recently David and Chris were able to visit a former patient in another very rural location. They praise the Lord that they made it in and out even if it involved a bit of muscle work when the truck got stuck! The patient is doing well and they were even able to have a little time of prayer and worship with him and his family.
The process for the renewal of David and Chris’ visas has started again. Pray especially for the hospital administrator as he makes many journeys to various different government departments and discusses David and Chris’ case with them. Also pray for David and Chris to be open to what the Lord has for them in their lives whether it be to continue ministering in Asia-Pacific, change their visa platform or to move into a different role. Their current visas expire in the middle of March.
The hospital is facing reaccreditation at the moment which is a process that takes place every three years. Due to the remote location of the hospital it is extremely hard to recruit the required amounts of consultants in each speciality who also understand the vision and mission of the hospital to function as a mission hospital and not purely as a business hospital. Pray that the hospital will either be able to recruit the required number of consultants or receive leniency from the government due to the unique geographical location and vision.