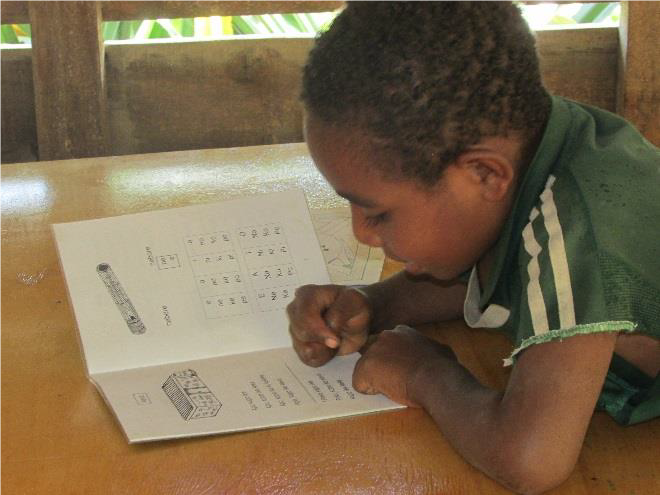 Jim and Judy Burdett and co-workers Gerolf and Mailis Wuest, serve among the Dom people of Papua New Guinea.

They thank God for a measure of health and energy to continue to minister among the Dom.

The believers are growing in grace and taking initiative in the ministry. Three Dom men teach regularly on Sunday in the services. Judy is discipling three women to lead the women’s weekly Bible study. The two outreach areas, one near and one far, are up and running again after being put on the back burner for a season.

Judy’s Dom language literacy class is going well although some students have dropped out. This sadly has happened before in other literacy classes. The exciting thing this time around is that some of the children in the church are attending! This is a first. They want to learn to read the Dom language New Testament. This is of the Lord for sure. He is ensuring that His Word and Grace continue with the next generation.

Jim can be found in his office most of the time digging and delving into his commentaries to produce Bible lessons, curriculum and working on the Dom New Testament revision. Pray for Gerolf as he has a culture and language evaluation coming up in December. He is hard at work learning the Dom language.

Gerolf, Mailis, and their two boys, Richard and Christian will leave for their home assignment at the end of this year. They will be greatly missed. Pray for them as they begin to pack up and get ready to go and as they face all the adjustments of returning to their home countries (Germany and Estonia).

They are grateful to God and to you for your prayers.